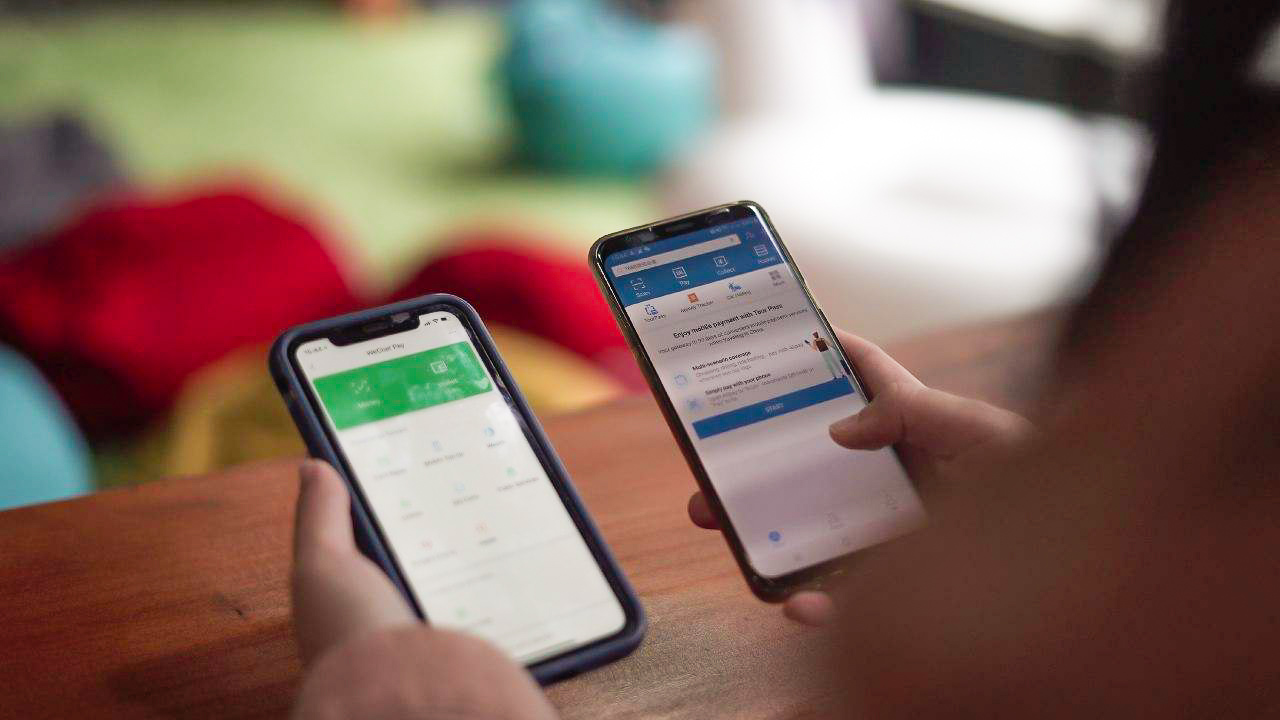 In China, cash ain’t king. Mobile payment apps like WeChat Pay and Alipay are becoming essential. Here’s how to make life easier on your next trip to China.

After not visiting China for more than a decade, my most recent trip there got me stumped — I wasn’t ready for how cashless China has become. Most merchants, especially smaller businesses, don’t accept international credit cards. Some retailers even stopped accepting cash entirely.

While some of the most advanced cities we know — New York, London, Tokyo, Seoul and even Singapore — struggle with integrating cashless payments into their communities, it’s almost incomprehensible how fast China has progressed on this front.

Seen in China: A tableful of food with a table full of QR codes for easy payment. Diners can scan a QR code that leads to the order sheet, and then scan another QR code to settle the bill.

I’m all for societies moving towards being cashless for convenience and efficiency, but ironically, it’s quite the opposite if you’re a tourist in China. To activate the payment function on Alipay or WeChat’s mobile app, you’ll first need to have either a China bank account or a Chinese bank-issued credit card. And to have either of these, you’ll need to be a Chinese citizen or a resident with a valid residential address in China.

Alipay (支付宝) rolled out its international version of the application that supports international credit cards in Nov 2019, a move followed by WeChat Pay (微信支付) just a couple of weeks after. If you’re new to both Alipay and WeChat Pay apps, my suggestion is to get Alipay. You’ll find its installation and application processes simpler and more intuitive with instructions in English.

Step 1: Download Alipay on Play Store for Android or App Store for iOS

Step 2: Enter your existing mobile number (you’ll be sent a verification code via SMS), and choose the international version of Alipay. If you missed this in an earlier step, you can always change it under Region in Settings.

Step 3: Tap on “TourPass”, a blue icon in the shape of a luggage and a credit card.

Step 4: You will be prompted to load 100 CNY, 500 CNY, 1000 CNY, or “Other Amount” into the digital prepaid card. Select the amount you want to be loaded on your Alipay account, and fill out your personal information (nationality, passport number, full name, date of birth, and upload a photo of your passport). Lastly, fill out the details of a personal international credit card you wish to link to. This will be the credit card your loaded Alipay credits are charged to. Hit “Confirm & Pay” once you’ve entered all the information required.

Step 6: To make a payment using the Alipay app, go back to Alipay’s main screen and tap on the “Pay” or “Scan” icon below the search bar. A QR code reader will appear, prompting you to scan the merchant’s QR code for payment.

Note: From 3rd Jan 2020, a 5% service fee will be charged by Bank of Shanghai with every recharged amount in renminbi.

Personally, I’ve loaded up my Alipay digital card using my Singapore-issued OCBC credit card (VISA) and it was successful on the first try. Do note that the reload is capped at 5,000 CNY (~S$1,000). This cap will be refreshed after 90 days from the activation of your “TourPass” account.

Following Alipay’s footsteps, WeChat Pay (微信支付) launched the function to use international credit cards with WeChat Pay in China. If you’re already a user of WeChat as a messaging platform, activating WeChat Pay is going to be a breeze for you. If you don’t already have WeChat installed on your phone, go through all steps below. For existing WeChat users, follow steps 3 through 6 to set up the Pay function.

Step 1: Download WeChat on Play Store for Android or App Store for iOS

Step 2: Open the app and “sign up” with your existing phone number. Be sure to choose the correct country/area code. You’ll be sent a verification code via SMS to set up your account.

Step 5: Add and fill out the details of the personal credit cards you wish to link to. Verify your identity by filling out your nationality, passport number, full name, date of birth, and upload a photo of your passport.

I managed to link my Singapore-issued VISA and MasterCard credit cards after a few unsuccessful tries to upload a picture of my passport that’s clear enough for their standards. The card schemes supported by WeChat Pay include VISA, MasterCard, JCB, Diners Club International, and American Express (AMEX).

Read also: 10 Essential Apps You Must Have for Travelling in China

WeChat Pay, on the other hand, charges a 0.35 CNY (that’s ~S$0.07) service fee with every credit card linked onto its platform. There are no additional transaction fees.

Both Alipay’s TourPass and WeChat Pay do not have in-app currency exchange rates. Instead, the exchange rate is determined by the credit cards linked on the apps.

Alipay’s TourPass has a validity period for 90 days as it’s a prepaid wallet meant for tourists. Any unused funds left in the e-wallet will be automatically refunded to your linked credit card after 90 days (subjected to your credit cards’ exchange rates)

WeChat Pay has no expiration.

Although both Alipay and WeChat Pay are mobile payment platforms, they work differently.

Alipay’s TourPass is essentially an e-wallet, similar to Singapore’s PayLah!. Users will need to reload the e-wallet before transferring money to merchants or friends via their mobile phone number or personalised QR code. This allows users to pay and receive funds into their TourPass account, without the need to link a China bank account to the e-wallet.

WeChat Pay, however, is a mobile payment service that allows users to make payments charged directly to their credit cards via their mobile phones, similar to Apple Pay and Google Pay. This also means that WeChat Pay users without a China bank account linked will not be able to receive funds into their WeChat Pay account.

The WeChat app is a whole ecosystem in itself. What started as a copycat version of Whatsapp, Wechat is now China’s largest messaging app. Other than the chat function, the app is connected to a social-networking system. Users can post pictures with captions shown as “Moments” on the app, and “like” and “comment” on posts of friends.

Alipay has a number of third-party mini-programs as well, but most users see it as the payment tool for their online purchases on Alibaba (or Taobao). Compared to WeChat, which is a messenger-based app, Alipay is a payment service app that focuses on e-commerce and financial services.

Getting cash credits from friends via Peer-to-peer transfer

WeChat is more than a messaging platform, users can also send “hongbaos” or red packets to one another as a form of money transfer.

There are chances that you don’t own a credit card and are looking for alternatives to using mobile payments in China. There’s a workaround, but you’ll need to have a friend who’s living in China or one who has a Chinese bank account to send some money your way. This way, you’ll have sufficient funds in your Alipay account without needing to link a credit card or set up a bank account in China.

In all honesty, this alternative should only be a backup plan. As mentioned earlier, most merchants in China don’t accept international credit cards schemes such as VISA, MasterCard or AMEX. But be on the safe side with an extra multi-currency card in case you run out of cash or when your phone is low on juice.

A multi-currency credit or debit card that supports Chinese renminbi like Revolut and YouTrip allows cardholders to do in-app currency exchanges when the rate is right. Having one of such cards is useful in China, where foreign currency exchange rates are notoriously high. The multi-currency card can also double up as an ATM card for cash withdrawal too.

*Pro-tip: Link your multi-currency cards to Alipay or WeChat Pay to save on lousy exchange rates you’d get from other local credit cards.

New to multi-currency cards? Get S$5 with our promo code <TRAVELINTERN5> when you sign-up and activate your YouTrip account. Or get S$5 credit when you sign up and order a physical card for Revolut now.

Another way to get by without being held back by monetary issues is to pre-purchase activities or attraction tickets online prior to getting into China. My personal go-to travel activity platform is Klook, and there are hundreds of activities such as day tours and attraction tickets to Shanghai Disneyland and The Forbidden City in Beijing.

Read also: How This App Became an Essential For All My Trips in 2019

Back to Basics with Ca$h in Hand

Money changers in Singapore typically only have renminbi in 100 CNY notes, and it’s very common to find merchants in China who don’t have enough change for bigger notes. Try to break the notes into smaller denominations (5 CNY, 10 CNY, 20 CNY) whenever you’re paying the bigger merchants in China (e.g. Supermarkets).

The Rise of Mobile Payments in China

China is definitely leading the way when it comes to mobile payments, and it wouldn’t be long when other countries to follow suit. While it’s still too early to say for sure that the gap between locals and travellers has been bridged, the enablement of using international credit cards with Chinese mobile payment apps is a huge step towards a more foreigner-friendly China. For now, we look forward to more seamless transactions—and travels—ahead.

Did we miss any other information on WeChat Pay or Alipay? Let us know in the comments below. 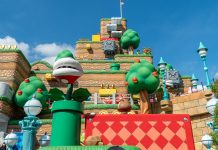 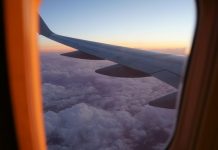 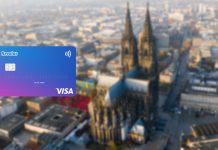 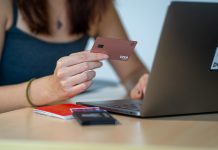 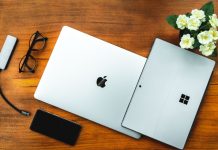