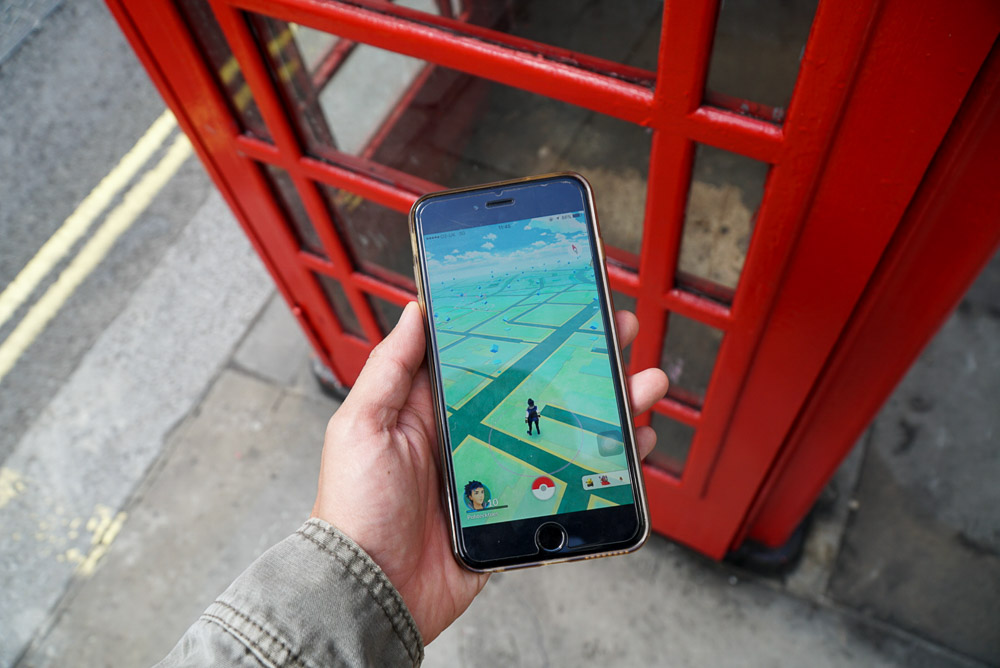 This might come as a surprise to many, but playing Pokemon GO while travelling during your vacations or trips can actually make the experience better! While some may feel that it distracts us from the world around us while travelling, I do think it’s possible to merge the best of both worlds.

Pokemon GO Info: In case you have not heard, Pokemon GO is a popular augmented reality game that uses your smartphone GPS to find and catch Pokemon in the real world.

On my recent trip to London, I got a chance to play with Pokemon GO before it came out in Singapore — it’s out now! What I realised was, it actually enhanced my experience instead of dulling it. Perhaps it was because I consciously made it a point not to get addicted. Or maybe it was cause the hype has died down here since it was launched many weeks ago. The thing is, when used responsibly (as with most things in the world), it’s actually pretty fun!

So here are a couple of reasons why I think Pokemon GO is a great companion for your travels. If you’re still worried about getting addicted or falling into a drain while playing, check out some tips towards the end of the post. 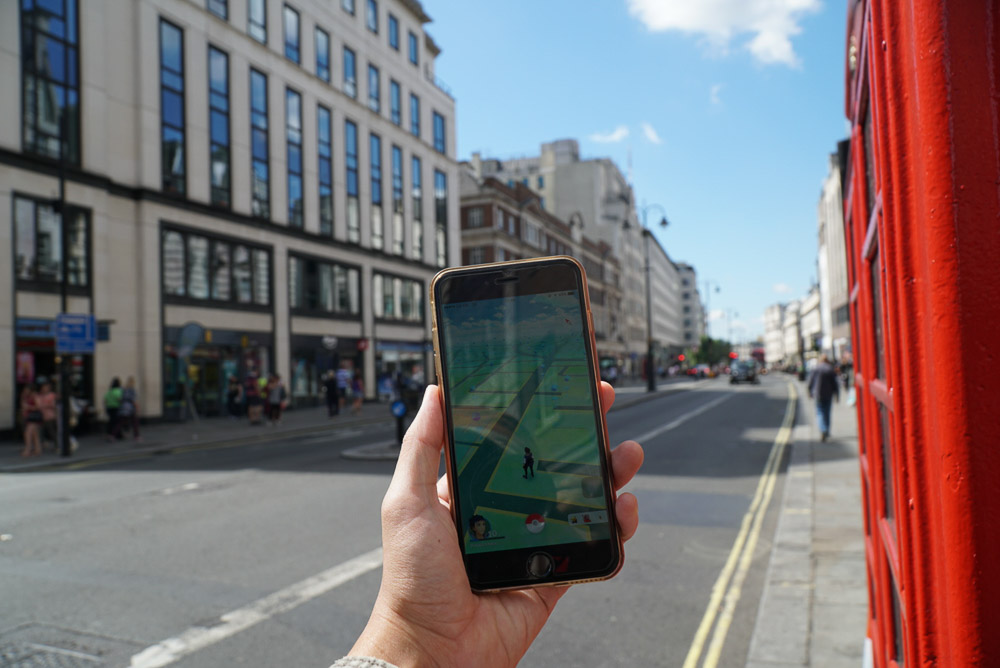 In my opinion, the best way to explore a place is on foot. Taxis, trains, and busses can get you from point to point quickly, but nothing beats walking around. I love walking because you get to take in all the sights and sounds, people watch, and can take detours whenever you see something interesting.

From walking around to find Pokemon, to walking a few kilometres in order to hatch your egg, Pokemon Go really encourages you to walk.

Pokemon GO Info: You can find Pokemon eggs in the game that can only be hatched after walking distances of 2km, 5km, or 10km when you place it in an incubator. Check out the Pokemon you can hatch based on their distances here.

I’ve always walked a lot while travelling, but never this much on a trip. In the past, a 1.5-3km journey will probably warrant a bus/metro ride. But now, I tend to walk a lot more. Up to 10km a day at least! I guess this is a great way to burn off those calories from eating too much.

As much as we would like to know every nook and cranny of the places we are exploring, sometimes that’s just not possible.

Something I’ve noticed in London is that there are tons of interesting buildings, monuments, and street art all around that I would have missed if it wasn’t for Pokemon GO. Many of these places of interests are actually PokeStops, so I actually discover them as I walk around the city collecting items.

Pokemon GO Info: PokeStops are places in the game where you can collect items you need for the game. Things like Pokeballs, potions, and even Raz Berry (you can feed these to wild Pokemon to make them easier to catch). 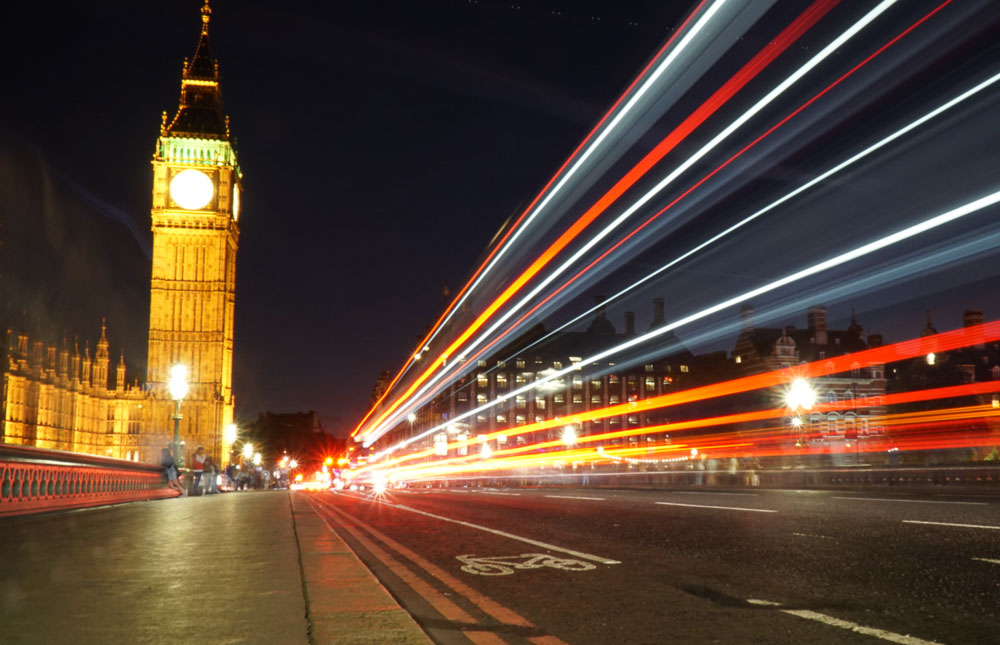 I actually got to this photography spot because I was trying to catch a Pokemon in the middle of the bridge. Otherwise I might have just stuck to the areas closer to the Big Ben and not noticed this spot.

One of the things I always encourage people to do while travelling is to step out of their comfort zones. Do things you normally wouldn’t, check out places you normally avoid.

The cool thing about Pokemon GO is that Pokemon spawn at places relevant to them. This means there is a higher likelihood of finding Water Pokemon near water bodies, Grass/Bug type Pokemon in parks or nature reserves etc.

So even if you’re not an outdoor or beach person, you might find yourself going to such places to catch Pokemon. Maybe it’ll encourage you to go for a hike, or even visit the museums you often ignore.

You never know, you might end up liking it and learning something about yourself. 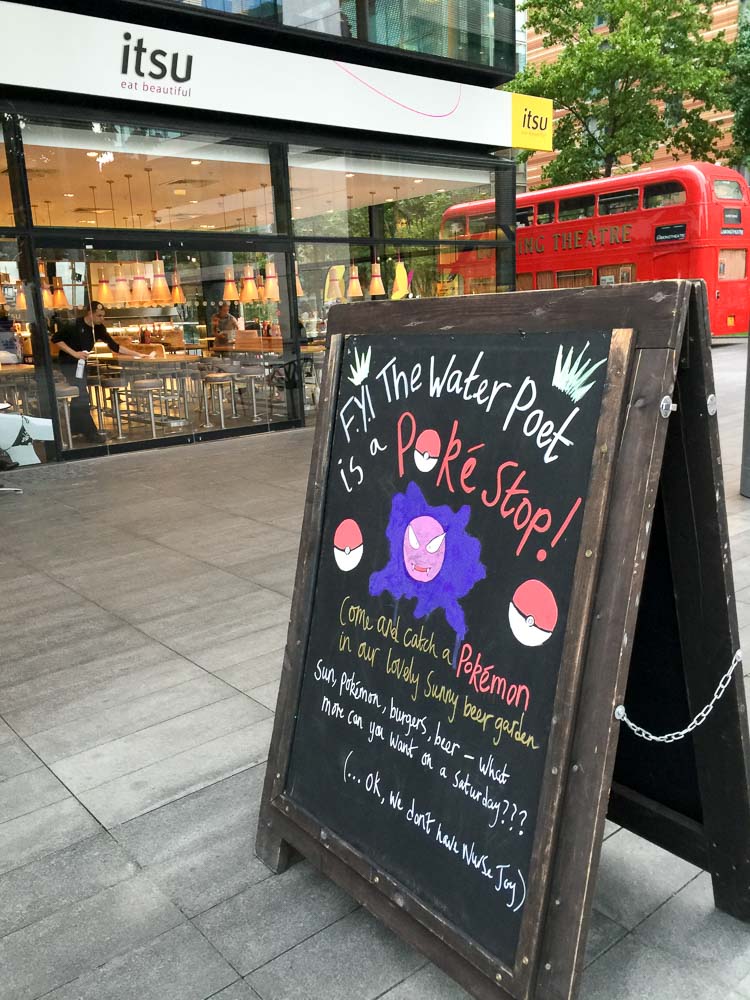 Even if you’ve been to a destination many times before, Pokemon GO will help you find new restaurants, bars, and places to visit. Other than prominent landmarks and places of interests, PokeStops are often found in places popular amongst locals.

Instead of depending on Google searches, why not simply take a walk around the area and discover new places near the PokeStops. Shop owners are joining in the fun too!

One of the best ways to know a city is to befriend locals and talk to them. While it may seem odd to talk to someone you don’t know, Pokemon GO makes a good conversation starter.

If you spot of group of people holding their phones and swiping incessantly, chances are that they have probably spotted a Pokemon on the street. Join in the fun and ask what they are catching. You’ll then be able to ask them for recommendations around the area!

Better still, head towards places where there are lures at the PokeStops and hang out with the other players. The more savvy attraction owners are also starting to organise more Pokemon themed events. It’s a great way to meet new people.

Pokemon GO Info: PokeStops with lures look like there are flower petals flying around it. Lures attract more Pokemon to an area so players tend to gather near them. 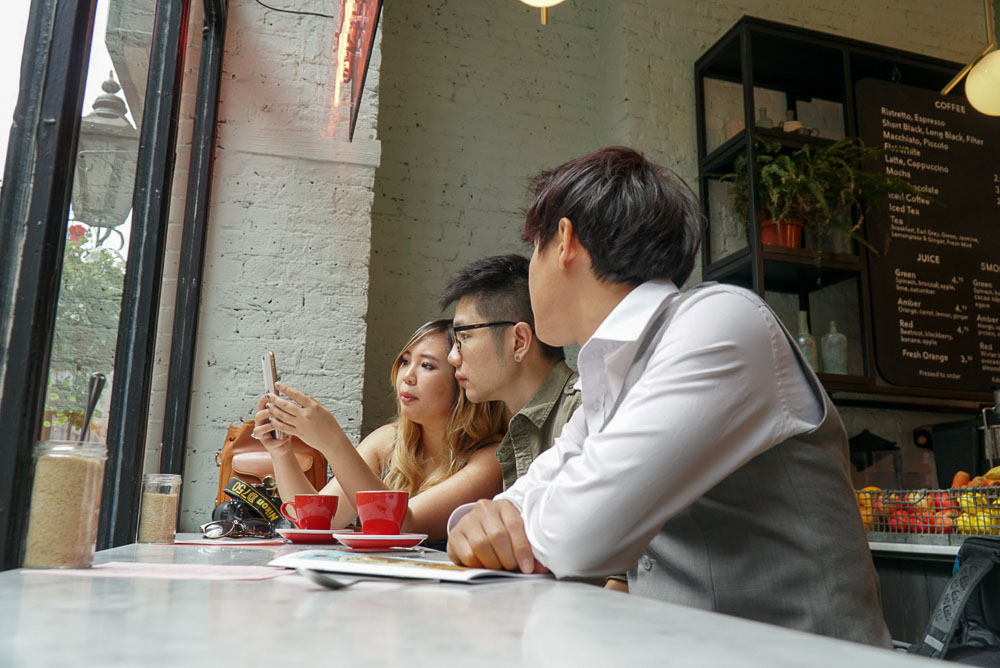 How not to let Pokemon GO ruin your trip

That said, any thing good can also become a negative if it becomes an obsessive addiction. Imagine spending all your time playing Pokemon GO while travelling instead of really exploring the destination. Here are some suggestions I have to make it make both work.

Sometimes the best way to be disciplined is to set aside some rules to follow. Here are some of mine.

Stay alert and work in teams

Don’t be a zombie on the street! The good thing about Pokemon GO is that once one person spots something, the same would probably appear on the devices of the people around them.

One tip would be to take turns monitoring the game with your friends. This way, one can keep a lookout for Pokemon, while the other can make sure the friend stays safe while taking in the sights at your destination. You’ll then be able to point out interesting things in both the real world and virtual world.

Be respectful of private or sacred property

While most areas of interest in the game are on public property, sometimes they might be found in places you shouldn’t be in. Respect the owners and make sure you do not trespass. At some religious or sacred sites, it may be disrespectful if you’re visiting just to catch Pokemon instead of paying tribute. Some places like the holocaust museum at Auschwitz do not allow people play Pokemon GO inside.

Most importantly, remember that Pokemon Go is not a travel app. While it encourages you to explore the world, it doesn’t take into account opening hours and safety considerations.

Use it to walk more, meet people, and discover new places. Just don’t get addicted and forget the beauty of being present while travelling.

What do you think? Does playing Pokemon GO while travelling make a trip better or worse? Let us know in the comments below!