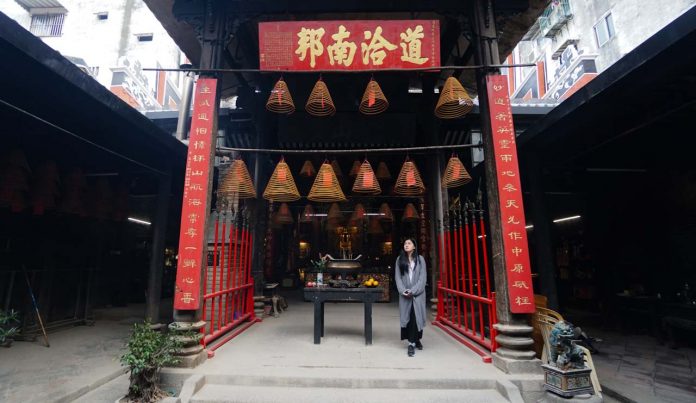 There are many ways to understand a new land and its people; my favourite of all, is through its literature. As we travelled through Toyko, Hong Kong, Macau & Bangkok — each with massively different cultures and lifestyles, I studied the poetic forms and themes specific to each place, in a lead-up to this final documentation in poetry.
The poems in this series barely scratch the surface of rich cultures of different lands, and is but my naive attempt at taking it all in as best as I can, like a child curiously peeking over the fence en pointe, eyes eager and wide.

Outside, the lions guard the gaudy
temples of luck too well, so man after man fall

On their knees, hands clasped in prayer
only to release
two die.

Set in a casino, this poem explores the themes of gambling, superstition, escapism and imprisonment. Macau’s associations through time as an idyllic haven of rich men where problems do not seem to follow is reminiscent of the Lotos-Eaters by Lord Alfred Tennyson.

The idea of calm tinged with a foreboding sinistry perpetuates this short poem. Apart from the stars on the Macanese flag, there are stars in the eyes of the gambling men despite them being inside. Indicative of their captivation, the mesmerisation with an addiction is not hard to relate to, yet the image of stars being within suggests an unnaturalness. This can be interpreted in relation to the common association of a life of toil, which these men are avoiding through gambling.

Between the couplets, the use of enjambment creates the impression of continuity of this arguably temporary bliss. Additionally, the meaningful breaks made in these run-on sentences generate new meaning for the line e.g. “People here all have stars in their eyes although they are not outside/ Outside, the lions guard the gaudy temple…” and “man after man fall on their knees/ on their knees, hands clasped in prayer”.

In the first example, the line break emphasises the word “Outside” and the negation (not outside), creating a sense of imprisonment and entrapment, both within the physical compound of the casino as well as within an addiction. Additionally, the lion statues outside the casinos are traditionally believed to have powerful protective benefits. There is irony in how these symbols of protection are on the outside when vices are carried out within.

These lion statues are also a traditional symbol of wealth and social status, which serves as association with these things for the casino. Additionally, they reflect the desires of visitors of the casino who are often enthralled by the idea of wealth and power. Furthering the themes of beliefs, superstition and religion, the reference to casinos as temples of luck hint at how these gambling men might be worshipping the wrong things.

In the second example, the first reading “man after man fall on their knees” is reminiscent of an execution, expressing the willingness to give up everything, even life- a submission and surrender to sin. This is almost mildly comforting because there seems to be a suggested end to this debauchery. However, the second reading “on their knees, hands clasped in prayer” reintroduces the previous image of temples of luck and associated themes. Additionally, the last line reveals the throwing of dice, which suggests the perpetuation of gambling still, a continuity. “Two die” is an oronym of “to die” which suggests the danger of falling deeper into the gambling trap.

I hope you enjoyed my attempt at exploring Macau through the medium of poetry as much as I enjoyed writing it. I’d love to know your interpretations of  Macanese Temple–  tell me what crossed your mind in the comments!
View the rest of my Travel Intern Life Poetry Series:

If you’re planning a trip to Macau, you might want to check out our 48hr Guide in Macau — Things to do, food to eat and handy tips to maximise your getaway. 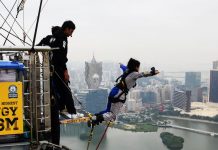 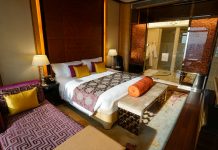 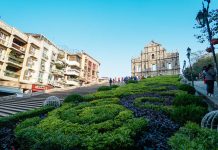 Ultimate 48hrs in Macau Guide – Things to do, food to eat, and handy tips to maximise your getaway

5 Trendy Places In Georgetown Every Hipster Needs to Visit

YouTrip Review: An Essential in Every Budget Travellers’ Wallet