While we may travel often — flying to all the different places for short getaways — being away for an extended period of time is a whole new experience. Being so dependent on our parents and friends most our lives, embarking on a journey without them for the first time may be rather intimidating.

For me, my first experience staying abroad for 5 months was for my University semester exchange programme — I flew to 15 countries and 30 cities, exploring foreign lands and culture. It was an emotional roller coaster during. I was wowed by majestic views on some days and feeling sorry for myself on others. Cliche as it may sound, it wasn’t just a trip of my lifetime, but also a series of lessons.

Just when I thought it took a long time to travel from the East to the West of Singapore, I boarded a 13-hour bus ride from London to Edinburg. And that was just within the United Kingdom. Travelling around Europe and seeing all the towering castles and cathedrals made me realise how small we really are.

There are just too many places I have not been, too many cultures I have not experienced and too many friends I have not made. Some friends say I have serious FOMO (fear-of-missing-out), I do. And so should you because the world is huge and there there really is so much more to see out there. Stay curious and don’t be afraid to head out and explore, beyond the comforts of your home.

2. Strangers aren’t as scary as what my parents described them to be

It is probably the Asian conservative mindset our parents reinforced from young, that we should refrain from talking or responding to strangers, especially in foreign countries. Most of us are stuck with a mental picture that strangers are all bad guys waiting for that one chance to “attack”. This led to a really uncomfortable first month staying abroad – I would shun people when they approach and quicken my steps when someone waves hello or attempt to strike a conversation. It was not like they look cynically evil or distrustful, but its always better to be safe than sorry right?

I was being unfriendly, rude and awkward. Waving to others along the streets and exchanging greetings are common practices in many parts of the world, not just Europe. It was the way people interact with one another in their daily lives. So try not to jump when people approach you; just smile and return their greetings, the world is a great place to live in 🙂

While it is important to have some faith in humanity, it brings me to my next point that not everyone deserves that kind of respect and treatment.

3. People can be evil

With all the faith restored after being in Europe for 4 months, I dismissed the thought of the “baddies” pacing around waiting to strike. I was walking down the streets of Berlin when I entered a tunnel. And as all tunnels are associated with dark and evil stuff, so was my encounter: a group of around 5 men gathered around, shoving clipboards in our faces trying to get us to sign our names on something. They were extremely persistent despite our polite refusal. A random act of lifting my arm to shrug them off revealed their intentions – pickpocketing. Their hands were snaking up our bags and pockets and their clipboards were used to block our line of sight.

Terrified and at a loss of what to do, I swatted their hands and sped up to the end of the tunnel. As much as we should not doubt the people around us, it is important to maintain a healthy level of awareness in our surroundings.

Shit happens. All the time.

Even the simplest, least expected things can go wrong. Once, I was fined for not being able to read fine prints (that are not even in English) that tell passengers to validate their tickets before boarding the train. Another time, on a night of heavy downpour I arrived at a locked Airbnb apartment with no one inside. We waited for about an hour in the rain before the lady appeared to open the door. And probably one of Murphy’s favourite traveller’s situation — delayed flights which lead to missing a connecting flight. I ended up being stuck in the airport all night during winter. Yes, I literally froze since I did not pack for an extra night out.

Instead of cursing and blaming my luck for all the things that go wrong when I’m away, I’ve learnt to slowly take them in. To find solutions instead of feeling disappointed since I’m stuck in it anyway. There is no point wasting precious time feeling sorry for myself. Moving on…

5. The importance of household chores

I wouldn’t say that I am a spoilt brat back at home – I did my fair share of household chores but cooking was never really my thing. I would wake up every morning to smell breakfast sizzling in the pan and have delicious meals prepared by my parents during lunch and dinner.

In the 5 months living abroad, I lived in a common flat with 5 other people. There was no distinction of which is my supposed “share” of household chores and unfortunately for me, nobody really cared about common area cleanliness.

Filled sinks, stained basins, uncleared trash were everyday phenomenons. My personal laundry piled up day by day and I realised hand washing one weeks’ load of clothes was simply insane. Scrubbing 2 weeks worth of stains from the sink was also extremely disgusting. I learnt that all these chores would have been less overwhelming if I did them everyday.

6. How blessed I truly am as a Singaporean

Security — From pickpockets, muggers to thieves, I would not say that there aren’t any of them in Singapore, just not that rampant. I feel a lot safer placing my wallet and phone on the table when I have my meals, and wouldn’t be wary of pickpockets when I’m pacing the streets in the day.

This was not the case for Europe.

I was sitting at one of the cafes in Italy, enjoying the weather and nice food when someone’s camera was snatched right before my very eyes. Pickpockets were so common that guides recommend tourists to wear their backpacks in front. We were also warned not to leave our valuables on the table when dining and that we should always keep sight of the zips on our bags.

I’ve always dreaded the thought of having lunch alone in a restaurant or just sipping coffee and people watching in a cafe. Being alone just wasn’t my thing… until I travelled. Alone. I took the bus alone. Ate lunch alone. Walked around the malls alone. Shopped alone. It was oddly relaxing, just watching the world go by, not being engrossed in a conversation and just observing…

Being alone has its perks too! For instance, I made more friends during my travels. We tend to stick to our group or friends when travelling, which subconsciously leads to putting less effort in meeting new people and making new friends. After being alone for a prolonged period, I felt more at ease striking random conversations with people staying in the hostel or on public transport. It’s really okay to be alone. Take it from the one who usually hates being alone.

It’s amazing how people just can’t seem to get off social media when they are travelling or staying abroad (i.e. me). Instead of looking out of the transparent windows and admiring the scenery outside, I would be scrolling through my Instagram feed, furiously double tapping my life away. Instead of making new friends and experiencing new culture, I would be snapping everything and talking to my friends back at home through Whatsapp.

Excuse me. I am overseas.

Social media has dominated our lives in one way or another. I found myself taking one too many shots at the same place, just to get that one Instagram worthy photo. Then another couple of minutes picking the right filter and blasting it out to the world. Travelling should be a balance of living in the moment and collecting memories. Social media ain’t everything, it’s time to start living.

9. The fine line between planning and over-planning

It is always important to do some research on where we are headed and what to expect when we are on foreign lands. However, I cannot emphasise how important it is not to overdo it. Here’s my first hand experience of ruining my trip due to over-planning.

10. Home is where the heart is 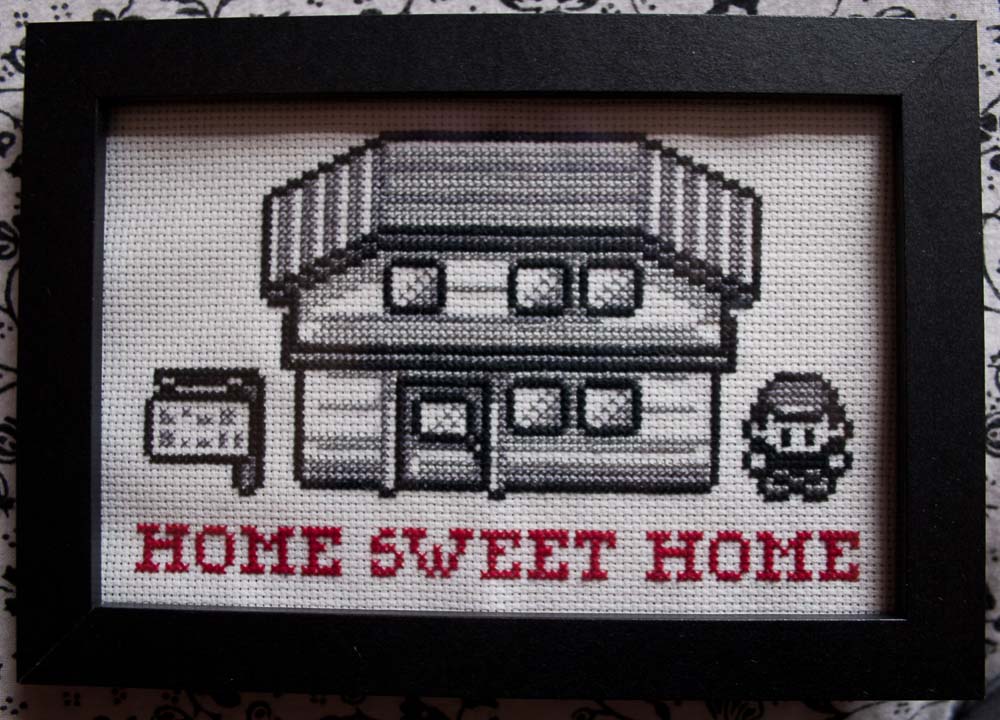 After 5 months of wandering from place to place, lugging my backpack up and down flights, it just feels good to be home. Waking up to the smell of breakfast sizzling from the pan, familiar voices grumbling about household chores, not to mention the comfort of my own bed…

All these experiences of staying abroad for 5 months have (hopefully) shaped me into a better person, no matter how cliche it might sound. I learnt to appreciate what I have and to love the people around me more and be more independent.

Above all, I’m glad that I am finally home.

Have you been away from home for a long period? Share with us your experience in the comments below!

8 Instagrammable Places to Eat in Yogyakarta

7 Reasons Airbnb’s Singapore office is the most Instagrammable workplace in...