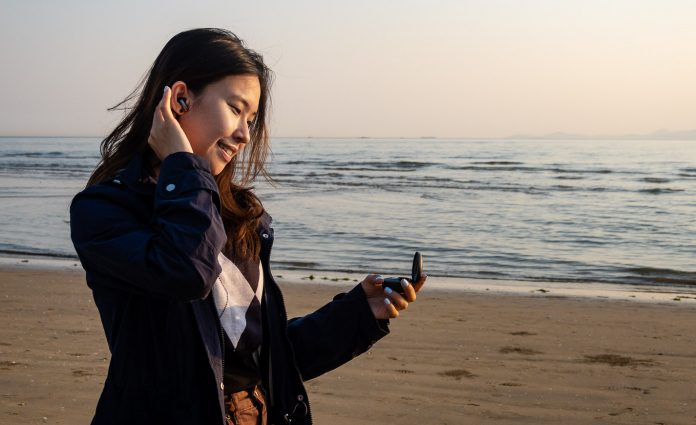 As an avid K-pop and K-drama fan, visiting iconic filming locations was one of my top priorities during our trip to Korea. I might not meet my favourite actors, but at least I can recreate my favourite scenes they’re in… right?

Since we’re already covered several K-drama filming spots in Seoul, we decided to venture a little further and uncover lesser-known ones in Busan and Jeju!

Fans of K-drama Fight for My Way might know this apartment building as Namil Villa — introduced in the first episode as the home of the four main characters.

But in reality, this is the Hansung Apartment Building and it’s located in Busan’s Beomcheong neighbourhood. While it’s unlikely you’ll bump into Park Seo-joon or Kim Ji-won, the place is still worth a visit for fellow K-drama fans!

The buildings have undergone a revamp and the stairs are now painted blue and green, making the place even more vibrant for photos 📸

We’re not kidding when we say this beach has one of the best sunset views in Busan. I mean, just look at this:

No wonder it’s the perfect backdrop in The King: Eternal Monarch, when King Lee Gon (Lee Min-ho) gallops along the sand on horseback in episode one. 🐎

This location also appears in other episodes — it was the beach in the limbo area between the Kingdom of Corea and the Republic of Korea!

K-drama aside, Dadaepo Beach is an already popular destination for both locals and tourists with its serene waters and unique cliff formations.

You can even catch one of the largest dancing fountains in the world from April to October — the Dadaepo Sunset Fountain of Dream’s Musical Show!

K-variety: Running Man
Listen to: Project Running 9 — I Like It

Hailed as the ‘Santorini of the East’, Gamcheon Culture Village is a must-visit attraction with murals scattered between the rows of colourful houses set against a mountain backdrop.

*Pro-tip: It’s free to walk around the village but for ₩2,000 (~S$2), you can get a stamp tour village map which includes different points of interest and free postcards.

But did you know the market is also the filming location of several notable shows?

Like Ode to My Father where Yoon Deok-soo (Hwang Jung-min) runs through the crowd and Black Panther’s famous car chase scene!

After exploring the fish market, film buffs can head over to the nearby Busan International Film Festival (BIFF) Square and spot palm prints of renowned film directors and celebrities!

Read also: 4D3N Busan Itinerary — Why You Need To Spend More Than A Day Trip In Korea’s Charming Coastal City

*Pro-tip: While public transport is available, driving is much more convenient as some K-pop and K-drama filming locations are quite a distance away.

South Korean girl group Sistar might have disbanded, but ex-member Soyou has wowed fans with her solo music video The Blue Night of Jeju Island — featuring the island’s many beautiful landmarks.

After the steep climb to the top, reward yourself by listening to relaxing music while watching the majestic sunrise 🌄!

*Fun fact: The 180-metre Seongsan Ilchulbong Peak is said to have erupted underwater about 5,000 years ago because of magma flow.

Getting lost in a maze may sound daunting — unless you’re stuck with Korean heartthrob Lee Min-ho 😍.

Starring A-list actors Lee Min-ho and Jun Ji-hyun, K-drama Legend of the Blue Sea tells a love story between a man and a mermaid.

In episode two, the lovers were chased into a maze garden — mostly filmed at Laberinto Monte de San Pedro in Spain. But the close-up shots were actually taken in Jeju’s very own Maze Land!

This nature-themed park also has different types of puzzle mazes and a flower garden.

Another K-pop location worth checking out is Wind 1947, a go-kart racing track in Jeju. Just like Mimi and Seunghee in Oh My Girl’s Dun Dun Dance music video, race to your heart’s content around the track!

You can also choose between going solo or on a two-seater ride with a friend. And don’t worry, you won’t need a driver’s licence for this 🏎️.

Besides Wind 1947, the members can also be seen dancing in a neon-lit arcade. This is within I-Zone Act at Shinhwa World — an entertainment facility with over 70 different arcade games, a sports pub, and a bowling alley.

Enjoy the sun, sand, and sea at beautiful beachfront bar, The Cliff — it’s where Twice shot their music video Alcohol-Free!

Although the film set is no longer there, there’s nothing stopping you from listening and dancing to Twice’s video. It’s also a great place to chill while sipping cocktails on comfy chairs while overlooking the sea.

And if you’re looking for more spots to soak in the cooling sea breeze, Jusangjeolli Cliff is just a five-minute drive away!

Visiting these K-pop and K-drama filming locations was a dream come true for me. Honestly, with a good pair of earbuds, my experience was made infinitely better.

It was my first time trying out LG’s TONE Free FP9 Earbuds and I really loved its noise cancellation feature which drowned out the background noise — allowing me to be fully immersed in my favourite Korean OSTs.

Music sounded clear and multi-dimensional thanks to technology from British audio maker, Meridian Audio. Plus, I could customise my audio settings using the LG TONE Free app. My favourite was the Bass Boost, which enhanced the beats of the song so I could groove to the music better! 🎶

But I have to say, the best part was even before reaching Korea. Having wireless freedom while watching in-flight entertainment meant that I wouldn’t get tangled in wires while eating or going to the bathroom! 😋

I also didn’t have to worry about battery life as it was able to last through the day with a single charge.

Most of all, I was really impressed by the auto-cleaning UVnano charging case, which cleans the earbuds by reducing 99.9% of bacteria* when charging the case.

If you’re looking for some travel-friendly earbuds, LG’s TONE Free FP9 Earbuds is a pretty good pick — find out more on their website.

Available at S$298 from LG official brand stores on KrisShop, Lazada, Shopee, as well as other authorised retailers.

Know of any other K-pop and K-drama filming locations in Busan or Jeju? Let us know in the comments! 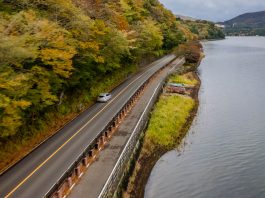 Driving in Japan — 15 Things First Timers Should Know Before... 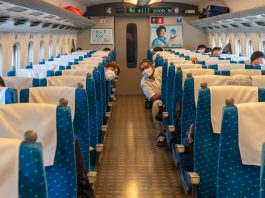 Osaka Transport Guide — Maximising Your Transport Passes for Travelling In...

Protected: 17 Things to Do in Hokuriku, Japan— First Timer’s Guide... 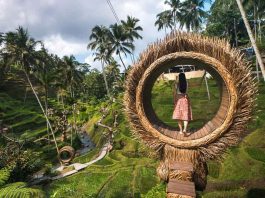 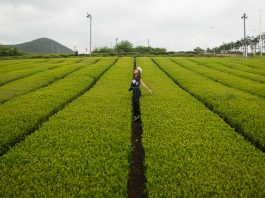 Fly Scoot and win tickets to Jeju, London, and more —... 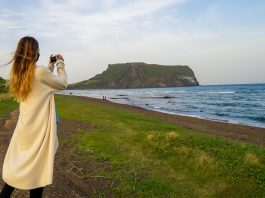